Should I buy Alibaba stock? In this guide, you will learn how to invest in Alibaba shares and get price forecasts, analyst outlooks and dividend information to make your decision!

Alibaba Group Holding Ltd. is a Chinese e-commerce company that has branched out into various niches of the digital economy. It is often referred to as the ‘Amazon of China’. Indeed, both companies have similar origins and followed similar paths. In the fiscal year ended March 31, 2021, Alibaba’s active consumer base exceeded one billion customers, with 891 million customers in China and 240 million outside China. The company’s revenue was 717.3 billion RMB for the same year, which is approximately US$109.5 billion. This explains why the Alibaba stock is popular in China and elsewhere.

Alibaba stock is publicly listed on the New York Stock exchange with the ticker symbol BABA and listed on the Hong Kong Stock Exchange with the ticker symbol 9988, meaning you can buy or trade Alibaba shares on different exchanges. Because Alibaba is listed on two stock exchanges and quoted in US dollars and Hong Kong dollars, it can be confusing to understand the difference between NYSE:BABA and SEHK:9988. Read this guide to investing in Alibaba shares before you start trading stocks of this company.

NYSE:BABA was the second-largest initial public offering in the world and the largest ever to take place in the United States, raising a total of US$21.77 billion. What’s more, Alibaba has over 1 billion active users worldwide, and the fiscal year ended 2021, Alibaba’s revenue was US$109.5 billion, an increase of 41% from the previous year.

The Alibaba stock initial public offering took place on the 18th of September 2014. In regulatory filings, the company indicated an Alibaba stock price range of US$60 to US$66 but ultimately priced the IPO at US$68 per share. Alibaba shares were listed on the New York Stock Exchange on the 19th of September 2014 at an opening price of $92.70. On the first trading day, Alibaba stock reached a high of US99.7 and closed the day at US$93.89.

Alibaba was, and still is, the biggest US IPO in history. The company raised a total of US$21.77 billion, which is larger than Google, Facebook, and Twitter combined.

Alibaba performed a second IPO on the Stock Exchange of Hong Kong on the 19th of November 2019, offering 500 million new ordinary shares for HK$176 (US$22.5) per share. The Alibaba IPO on the SEHK raised US$11.2 billion, making it the second most successful IPO in Hong Kong.

Shares began trading on the Stock Exchange of Hong Kong on the 26th of November 2019 and opened at HK$187 per share.

In terms of Alibaba stock price history, BABA shares went for US$68 per share in an initial public offering. On the first trading days, shares opened at US$92.70. Alibaba shares reached an all-time high of US$319.32 on the 27th of October 2020. Since the peak, the price has been steadily declining.

Since the company was listed on the New York Stock Exchange in 2014, Alibaba has never paid dividends to shareholders. Although the company consistently makes a substantial profit, Alibaba is a so-called growth stock. This means it reinvests its profits to generate further growth, meaning investors benefit from the share price appreciation rather than through dividend payouts. However, there is still potential for a Alibaba stock dividend in the future, should the conditions change.

The company announced an Alibaba stock split on the 14th of June 2019 in a proxy statement instructing shareholders of their opportunity to vote on the decision. Alibaba shareholders voted for splitting Alibaba shares at a rate of 1-to-8.

Regarding Alibaba stock forecast, there currently is a strong buy consensus from professional Wall Street analysts. The analyst predictions indicate a potential for double-digit growth.

Should I Buy Alibaba Stock? Points to Consider

Are you performing due diligence on your next stock pick? Alibaba is a volatile stock subject to the consumer cyclical and the geopolitical relationship between China and the United States. Before you start trading Alibaba stocks, you should be familiar with the company’s background, fundamentals, price history, dividend earning, price history and dividend earnings.

Alibaba is the largest e-commerce company in the world according to gross merchandise volume (GMV). In the fiscal year 2021, Alibaba’s GMV was RMB8,119 billion (US$1,239 billion). For comparison, Amazon’s GMV for the full year 2020 was US$490 billion.

After dominating the commerce sector in China and establishing a firm presence overseas, Alibaba Group began diversifying and launching other business lines in various sectors. The group launched Alipay, an e-wallet to support the Alibaba ecosystem, similar to PayPal, Ali Mama, an advertising platform, similar to Google Ads, Alibaba Cloud, a cloud computing platform, similar to AWS and Cainiao, a logistics company offering deliveries anywhere in China within 24 hours.

Besides the e-commerce platforms and related companies supporting the ecosystem, Alibaba has invested in numerous other enterprises to diversify into new markets.

How to Buy Alibaba Stock Now

Alibaba shares are traded on the New York Stock Exchange and the Stock Exchange of Hong Kong. You’ll need to decide which shares you want to trade. The Alibaba stock quote is expressed in US dollars on the NYSE, and each Depositary Receipt represents eight Alibaba shares. Whereas on the SEHK, the price is quoted in Hong Kong dollars, and you can trade individual shares, but the lot size is 100 shares.

With a ZFX trading account, you can speculate on the price of Alibaba stock with 1:5 leverage, meaning you only need to provide a 20% margin for each Alibaba share.

ZFX is a contract for difference (CFD) broker. CFDs are a popular derivative instrument allowing traders to speculate on the price of shares with long and short positions. Unfortunately, only professional brokers and investment firms can participate directly with an exchange. Therefore, you need to work with a broker.

With ZFX, you can trade Alibaba shares today by following this simple checklist.

The first step to trading the stock Alibaba offers is opening a brokerage account with ZFX. Choose between either a live or demo trading account. Demo accounts are great for practising your trading capabilities and getting familiar with the platform features and settings.

To open a live account, you’ll need your proof of identity and a proof of residence to perform online identity verification. 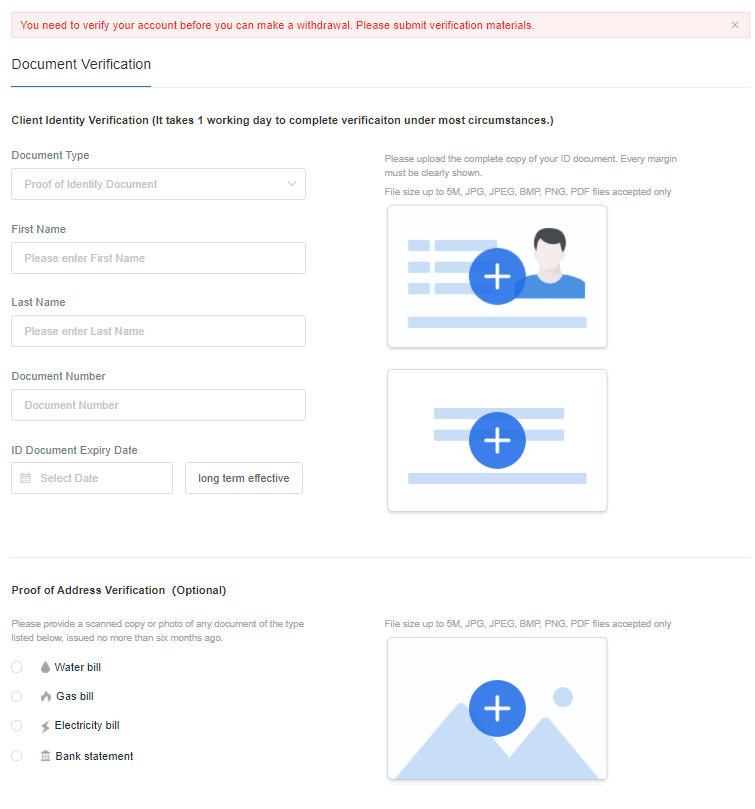 Fund your trading account via bank transfer, e-wallet or your Visa or Mastercard.

Once you’re inside the ZFX MetaTrader 4 platform, you’ll see a list of trading instruments on the left-hand side of the interface. Scroll down the list until you find Alibaba. Then, click on it to open the chart.

Right-click on the Alibaba stock chart and select ‘New order’ from the context menu to open a new order. In the new order window, you can enter your order configuration. This includes:

When you’re all done, simply click ‘Confirm’ to invest in BABA.

There is a strong correlation between Alibaba’s success with the prosperity of the Chinese economy. If there is an economic slowdown in China, the company will feel it hard. Alibaba is also at risk of political circumstances in China and geopolitical disputes, such as the US-China trade war. If you’re thinking of investing in Alibaba, keep your eyes peeled for any regulatory changes in China. Indeed, that could affect the company’s performance.

Alibaba has been subject to substantial volatility. This is primarily due to a recent antitrust investigation by Chinese authorities and the disappearance of co-founder Jack Ma. Alibaba, without doubt, dominates the e-commerce sector in China and is constantly growing its technological capabilities with innovations.