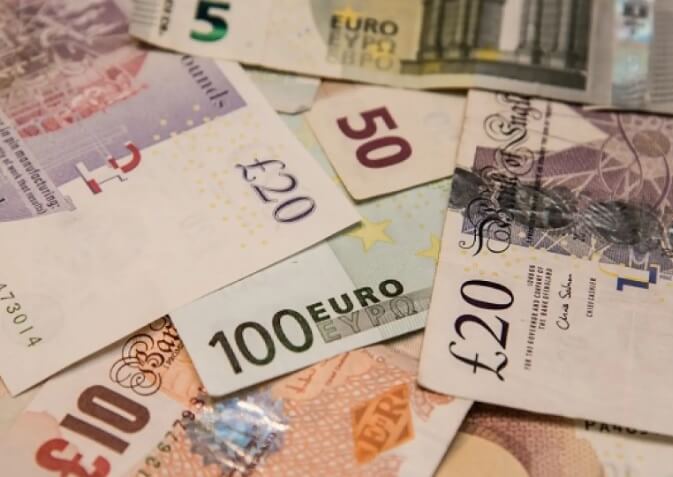 ZFX: Pound is heading for a delayed breakthrough amid Brexit deal uncertainty

Recently, no-deal Brexit has become hot topic once again in the market. The UK and the EU officials have warned so many times that “Hard Brexit” may occur.

The European Commission President Von der Leyen said earlier that there are still differences on major issues between the UK and the EU, meaning a relatively high chance of the “Hard Brexit”. On the other hand, the British Prime Minister Johnson also stated that no-deal is highly possible, called on companies and the public to prepare for “Hard Brexit”. He promised to minimize the negative impact of such changes.

The Pound has been quite volatile recently as the prospects of the UK economy and interest rates outlook have become investors’ concerns. The Bank of England pointed out that once the trade relationship between the UK and Europe changes and the market becomes chaotic, the central bank will have enough tools to deal with it. The Bank of England has discussed with the banks regarding how to deal with the negative interest rates. This move has triggered investor expectations that the central bank will cut interest rates and has sparked a bearish view of the Pound.

However, what is doubtful to the investors is that the deadline of the negotiations between the UK and EU has been postponed again and again. Both sides decided to continue the negotiation for the Brexit agreement on Sunday, causing a gapping up of the Pound this week. They agreed to put last every effort to reach the deal. So now, the investment market is again optimistic that an agreement of Brexit can be made finally within this week.

There is no doubt that, if they fail to get the trade deal, it is expected the UK and the Europe will get hit in many ways, especially in the area of logistics and fisheries, involving trillions of dollars for their economy. The current negotiations mainly focus on two issues, the principle of fair competition and fisheries. It is reported that both sides have made some concessions about the issues, seeking to solve the conflicts over the deal.

However, the situation is not very simple, as the stance of the UK in fisheries is quite tough and it has even become the biggest obstacle to the agreement. The EU side stated that if the UK makes concessions on the fisheries issue, an agreement can be announced this week, while British officials emphasized that they will not accept EU demands and will not compromise on fishing quotas. They believe that the UK is a full sovereign country and must fully control its ownership over “fishing waters”. On the other hand, France, which has the most fisheries interests, has stated that it will not give up its quota for fishing over the region.

It is still uncertain whether the UK and the EU will eventually reach the deal or not, no matter it is an economic issue likely or rather a political issue. Affected by the news, the GBPUSD recently has fluctuated up and down by more than 100 pips in the short-term move. Investors should maintain good risk management in trading GBP. Technically, the Pound’s trend is a diamond formation, which is an indication of a major breakthrough, in line with the fundamentals of Brexit uncertainty. As the deadline dragged on, the shape was corrected. Although the diamond formation is generally considered to be a sign of a reversal, there are exceptions. It is expected that once the Pound rises to the 1.35 level, it may reach target 1.38. On the contrary, if the Pound falls below 1.31, it may go further down to 1.26 and 1.27 area.