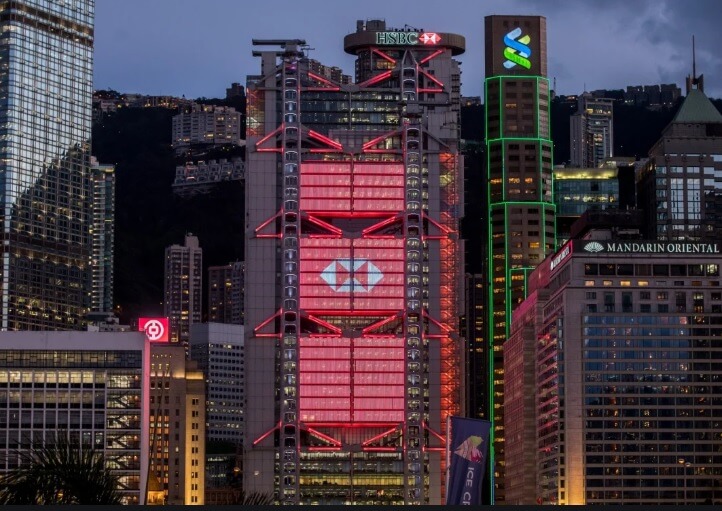 ZFX: Correction of the tech stocks continues amid unclear direction

On Monday, Asia-Pacific markets were mixed, with Hong Kong’s HSI down over 1%, as HSBC tumbled to a 25-year low after the news reported that the Chinese government may add this banking giant to the ‘unreliable list’, which is deemed as a threat to national security.

By Monday afternoon, shares of HSBC fell around 3.8%. A report also showed that HSBC allegedly moved huge amounts of suspicious funds, most likely from fraudulent activities.

European stocks also are expected to open lower on Monday as those bad news in banks hurt the market sentiment worldwide. On the other hand, the resurgences of coronavirus pandemic especially in Europe were the key concern over the regions. The total confirmed cases of Covid-19 have now passed 30.2 million worldwide, with nearly 950000 deaths already.

Last Friday, the overall sentiment was weak after the FOMC meeting. The three major Wall Street indexes all fell, of which the Nasdaq dropped over 1% again, showing sell-off pressure among tech stocks. ZFX analyst Jacob Leung said that, the lack of the bullish news may be the main reason for the adjustment, and the weakness of tech stocks may still drag down the market sentiment.

Stepping to the European trading session, investors are still cautious. The dollar index dropped a bit, but overall is still steady, ranging around 93 level, implying no clear direction so far. Traders are a bit doubted about the economic recovery in the US amid mixed performance of the US figures. Last Friday, the University of Michigan Consumer Sentiment Index in September was 78.9, beat expectation of 75, while the leading index in August was up 1.2% monthly, slightly missed expectation of up 1.3%.

Traders are also watching the progress of the relief bill in the US. President Trump stated that the White House is willing to launch the new stimulus up to $1.5 trillion, however, the Democrats, the Speaker of the House of Representatives Pelosi reiterated that the whole package is at least $2.2 trillion.

ZFX analyst Jacob Leung said that, this week, it is not expected that any deal could be made from the US Congress, meaning that those bearish variables may dominate the financial markets.

Risk Warning: The above content is for reference only, and does not represent ZFX’s position. ZFX does not assume any form of loss caused by any trading operations carried out in accordance with this article. Please be firm in your thinking and do the corresponding risk control.
Jacob Leung
Popular posts
Concerns of the rising bond yields! Cautious sentiment arises
Bitcoin’s “Bull”! A new all-time high again
Euro selloff supported safe-haven dollar amid positive sentiment
Typical ranging?  Market sentiment is still cautious bullish
Daily Usoil & Gold technical analysis on February 9
ZFX: Markets open mixed amid the US holiday
Most Recent
Bull shift towards euro as greenback extends its slump.
Recession fears spark downfall of S&P500.
USDJPY cautiously rebound, look ahead towards Fed comments.
USDJPY towed down as CPI cools off for December.
XAUUSD thread water as US CPI data due later today.
See all posts